Is Australia s COVID, Flu ‘Twindemic’ A Warning for the U.S.? 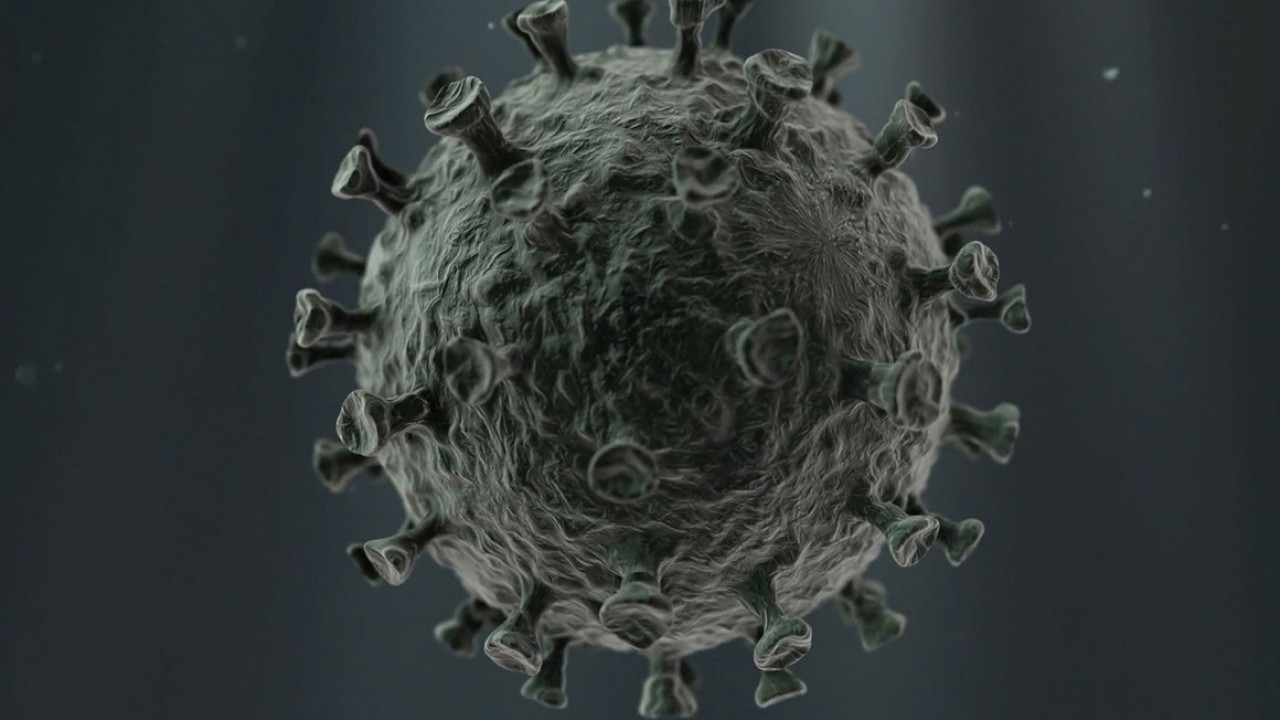 An alarming spike in COVID-19 and flu cases in Australia could put the U.S. on track for what health experts call a “twindemic” – a dangerous viral one-two punch in the months ahead.

It’s now winter in Australia, which is often a harbinger for the U.S. flu season. That country is having a massive wave of flu cases that have eclipsed pre-pandemic rates. Since mid-April, the island nation’s weekly number of confirmed cases has exceeded its 5-year average.

At the same time, Aussie health officials report that COVID-19 cases are skyrocketing as Omicron variants (including the highly transmissible BA.5 strain) continue to spread across the country.

These troubling trends in the Southern Hemisphere – combined with falloffs in vaccination, masking, and social distancing in the U.S. – are raising fears that Americans may face a similar twindemic this fall and winter, with another major COVID-19 wave along with a bad flu season.

“We’ve been predicting that the U.S. could be hit with this twindemic of influenza and COVID for the last couple of years, but it did not materialize before, in large part because influenza was relatively under control,” says Leana Wen, MD, an emergency doctor and public health policy professor at George Washington University. “But now, with people returning to pre-pandemic normal [activities] and with less immunity to influenza because of the lack of recent infection, we could see that twindemic this year.”

Not trying to create panic nor disinformation but the US looks at Australia’s flu season as to how ours will be. Australia is having a massive surge in covid and flu right now in regards to hospitalizations. As an ER nurse I am worried for what this fall/winter will bring #covid

William Schaffner, MD, a professor of infectious diseases at Vanderbilt University School of Medicine in Nashville, says he is deeply concerned that many Americans are getting what he calls “vaccine fatigue.” As a result, millions might forgo a flu shot or new COVID-19 mRNA vaccine boosters under development to target BA.5 and the Omicron variants – putting themselves at grave risk for both viral infections.

“Once I heard, just a few days ago, about what is happening in Australia my concern for what might happen here this fall increased,” says Schaffner, medical director of the National Foundation for Infectious Diseases and the foundation’s liaison to the CDC’s Advisory Committee on Immunization Practices.

“We’ve had a falloff of the acceptance of the influenza vaccine. This fall, the anticipation is that we will have updated COVID vaccine boosters. And that’s great, but we’ll also have to persuade people to get their influenza vaccine, so they’ll have to roll up both sleeves. And this is not going to be easy.”

Andy Pekosz, PhD, a virologist at the Johns Hopkins Bloomberg School of Public Health, has been tracking the flu and COVID-19 rates in Australia for months and says he is alarmed.

These three things add up to an alarming “perfect storm” of viral infections that offers a preview of what the U.S. may face this fall and winter, he says.

“The early nature of the flu season in Australia is important,” Pekosz explains. “If there’s not a lot of immunity in the population, we often see influenza earlier in the flu season. This is one of the earliest seasons on record in Australia, so it may indicate that there’s a lot of people who are susceptible to influenza.”

One thing health officials have yet to determine: How effective Australia’s flu shot formulations, which typically provide the basis for the U.S. vaccine, have been in fighting the flu there.

“We haven’t seen those numbers yet coming out of Australia, but they should be coming sometime soon,” Pekosz says. “It will be important to see how well the vaccine is matched to those flu strains that are circulating.”

Our last couple flu seasons have been quiet thanks to covid measures. Some epis have been worried that we are due for a bad flu year bc of a buildup of the susceptible population. Now Australia is having a notable season-- early, high peak and high burden in kids. pic.twitter.com/7ZD9ef4tbn

Australia isn’t the only nation seeing new surges in COVID-19 and flu.

U.S. health experts are keeping close tabs on overseas news about the flu and COVID-19 to help plan for what might be headed our way in the months to come.

Each year, the FDA, World Health Organization, and CDC collect and review data on circulating flu strains from the Southern Hemisphere and around the world to identify those likely to cause the most illness in the upcoming U.S. flu season.

Then, flu vaccine makers include those flu strains in their FDA-approved vaccines. In March, the FDA approved vaccine formulations for the 2022-2023 flu season, based on World Health Organization recommendations and CDC data, which will include two “A” strains and two “B” strains.

But extremely low global flu rates over the past 2 years – largely due to COVID-19 precautions and lockdowns – have complicated the annual vaccine assessments, leaving health authorities anxious about how well this year’s flu shot will work.

“When everybody stayed home, schools were closed, everybody was masked, everybody was washing their hands ... all the other respiratory viruses, including influenza, just fell off a cliff – they just dropped out of sight,” explains Frank Esper, MD, a pediatric and emerging infectious diseases specialist at the Cleveland Clinic Children's Hospital.

As a result, the World Health Organization, CDC, and FDA have had less data than usual to choose which strains to include in the 2022-2023 flu vaccine.

That’s partly why the Australian trends on flu may be the best sign of what’s ahead for the U.S. and provide an early read on whether this year’s flu shot is well-matched for the dominant flu strains likely to emerge here.

“And right now, the influenza vaccine is a good match for three of the strains that are circulating in Australia,” Esper says. “Now, that may change, but we expect that we’re going to have a good vaccine this year.”

If the U.S. does have another COVID-19 surge this fall and winter, it would follow a pattern seen throughout the pandemic.

Since 2020, the U.S. has had five major waves of the coronavirus, which has killed more than 1 million Americans – averaging 342 deaths per day – according to federal officials.

In every case, U.S. surges were preceded by spikes in COVID cases, hospitalizations, and deaths in other parts of the world.

COVID-19 hit Europe in March 2020, months after it first appeared in Wuhan, China. And by late spring, the U.S. had become the global epicenter of the pandemic.

Since then, other waves have hit the U.S., despite the arrival of safe and highly effective COVID vaccines in late 2020, after other viral variants evolved and emerged in the United Kingdom, Europe, South Africa, Asia, and elsewhere.

Today, the BA.5 version of COVID-19 is the major variant of the virus in the U.S. and other parts of the world. Some experts believe it is already driving America’s second-largest wave of the pandemic. As a result, health officials in California are considering a potential return to indoor mask mandates, while New York City regulators are continuing to require masks on subways and buses, as well as for taxis and ride-hailing services such as Uber and Lyft.

If the COVID-19 numbers keep rising, experts fear that a combined “flurona” crisis – another buzzy term making the rounds in the media – could put millions of Americans at risk this fall and winter. Among the most vulnerable: seniors, people with other health conditions, and the unvaccinated (who are more likely to become hospitalized or die from the flu and COVID).

To bring the COVID-19 numbers down before flu season, the FDA has told Moderna and Pfizer-BioNTech – makers of the two mRNA vaccines used most in the U.S. – to produce booster shots that offer added protections against the new Omicron variants.

Both vaccines have proved to be safe and extremely effective – upwards of 90% – against earlier strains of COVID. A recent study found that the mRNA vaccines, and others developed to combat COVID-19, saved 19.8 million lives in the first year they became available.

Even so, many Americans remain hesitant to get the COVID-19 vaccine, with only an estimated 67% of the U.S. population fully vaccinated, according to the CDC.

Meanwhile, the flu shot percentages are even lower, with the CDC estimating that just 52.1% of Americans even bothered to get the jab during the 2019-2020 flu season.

Take-Home Message: Roll Up Both Sleeves

Will a feared “flurona twindemic” be enough to convince vaccine-hesitant Americans to get COVID-19 and flu shots this year? That remains to be seen.

But one thing is clear: No one can predict whether 2022 will be the year the world turns a corner on COVID-19, or will be another high-water mark, in terms of new infections, hospitalizations, and deaths, experts say.

“As we’ve seen all along in this pandemic, it’s hard to have a crystal ball and see exactly what’s going to happen,” Wen says. “But it’s important for us to anticipate the worst case, which is that we could see the confluence of high COVID cases at the same time that we see a resurgence of the flu.

“We need to prepare now for people to have the tools as much as they can to stay out of hospitals and also to prepare our hospitals for surges of patients this winter,” she says.

Being prepared means being up to date on COVID-19 boosters, getting the flu shot, having medications like Tamiflu available, having COVID-19 treatments available, “and recognizing that we have to meet people where they are,” Wen says.

She notes that a lot of tools are available this year that weren’t in earlier stages of the pandemic – rapid COVID tests, vaccines, and treatments, for example.

“I don’t think that individuals need to start panicking about what’s going to happen this fall, but we need to prepare by ramping up these tools,” Wen says. “It would be just a shame if we didn’t make the most use of them.”

“We can buy all this vaccine and update it and distribute it and have it in the pharmacies and doctors’ offices and clinics and hospitals, but if people aren’t going to roll up their sleeves and accept it, then it’s not going to be able to prevent disease,” he says. 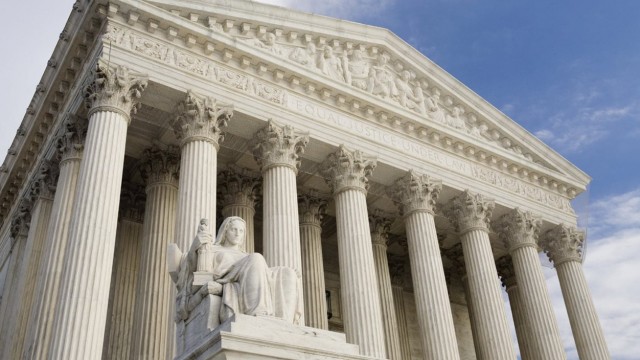 The U.S. Supreme Court has voted to overturn the federal constitutional right to abortion, turning the issue over to individual states to decide.      . About 25 million women of reproductive age will now live in states that...
General Health