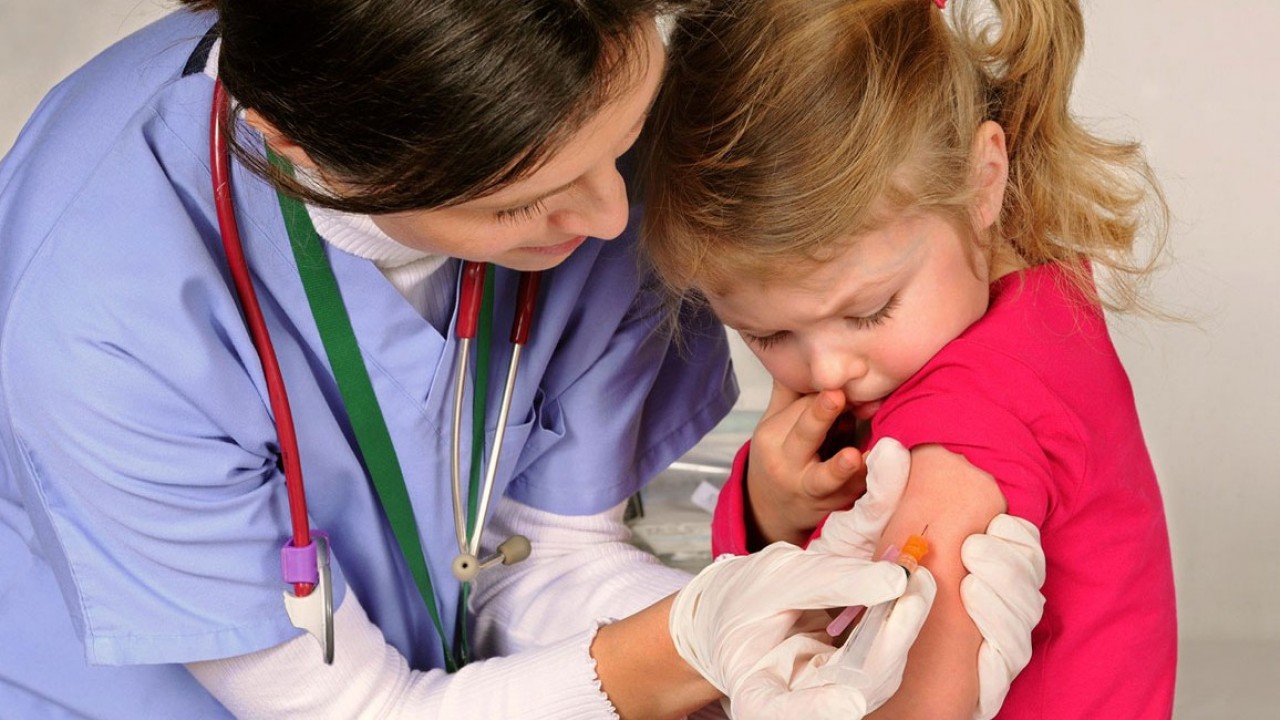 Will this coming summer finally be the moment America’s youngest children are eligible for COVID-19 vaccines?

Moderna got the ball rolling today when it asked the FDA to authorize use of its COVID-19 vaccine in children under 6. If the emergency use authorization is granted, it will be the first vaccine available for the youngest children in the United States.

Pfizer, which already has EUAs for its vaccine for older children and adults – and this week requested authorization for a booster dose for children ages 5-11 – hopes to submit its data for those under 5 years old soon, a spokesperson said Wednesday, and request authorization for that age group soon after.

That's all potentially good news for many parents of the 23 million U.S. children who are ages 5 and under, who say they've greatly adjusted their lifestyles to better protect their youngest family members during the pandemic.

It could happen as soon as this summer, says William Schaffner, MD, an infectious disease specialist and professor of preventive medicine at Vanderbilt University in, Nashville.

"I've heard an estimate of mid- to late July or early August" for shots starting to be put in young arms, he said, emphasizing that prediction is not set in stone.

For that to become reality, the steps that must be taken after a request for authorization is filed would have to progress smoothly, Schaffner said.

There are a lot of moving parts. As the FDA evaluates the emergency use requests, a public meeting of its vaccine advisory committee needs to be scheduled. Next, the CDC's Advisory Committee on Immunization Practices evaluates the vaccine and provides guidance, as does the American Academy of Pediatrics and the American Academy of Family Physicians. The CDC director must also agree.

The summer estimate takes into account time needed for getting vaccines to doctors' offices, clinics, and other sites, Schaffner says.

And there could be a snag in the timeline that has triggered aggravation among parents, activists, and doctors alike. The FDA may wait until June to authorize the emergency applications from Moderna and Pfizer at the same time for children under age 5, as the data from Pfizer is expected by then, according to several reports.

But advocacy groups, a congressional subcommittee, and others have urged the FDA to evaluate the data as it receives it and not to wait for Pfizer's research while it sits on the Moderna information.

In its request for authorization, Moderna asked that its COVID-19 vaccine to be authorized for children 6 months to under 6 years. Similar requests are underway with regulatory authorities in other countries, the company said in a news release.

The request is based on a two-dose primary series of shots, with 25 micrograms in each dose.

Moderna announced positive results from its phase 2/3 study March 23. In that, two 25-microgram doses of the vaccine were given to children 6 months to under 6 years. About 6,700 children were enrolled.

The vaccine was 43.7% effective in preventing COVID-19 with symptoms among those 6 months to 2 years old and 37.5% effective in the 2- to under 6-year age group. Most COVID-19 cases that did occur were mild, with no severe COVID-19 in either age group. Moderna says it will also evaluate booster doses for all pediatric groups.

"We hope to be able to have data for under 5 years of age soon," says Pfizer spokesperson Sharon J. Castillo. "We are moving at the speed of science."

She didn't give a projected date for Pfizer's emergency use request. According to some reports, Pfizer is likely to request its authorization for children under 5 years in June. Other experts predict it may be submitted by mid-May.

Urging the FDA to Act Promptly

The potential delay that would occur if the FDA waits for Pfizer's EUA request before evaluating either vaccine is not sitting well with some members of Congress, nor with Protect Their Future, a grassroots group of parents, doctors, and activists.

In a letter sent Monday from the House Select Subcommittee on the Coronavirus Crisis, chair Jim Clyburn (D-SC) asked Califf for a staff briefing on the status of coronavirus vaccine candidates for young children by May 9. He specifically asked if the reports about the FDA planning to delay Moderna's request while awaiting Pfizer's data are accurate.

Protect Their Future also sent a letter to Califf on Wednesday, signed by over 900 doctors, urging the FDA to act swiftly on COVID-19 vaccine data as soon as it is submitted. In it, the group's co-founder, Katherine Matthias, DO, wrote, in part: "Our youngest patients deserve better and our families cannot wait a day longer. We have lost enough already.”

The FDA has defended it process. In February, when it postponed discussions on a request to authorize the Pfizer vaccine for children 6 months to 4 years old, it said its “approach has always been to conduct a regulatory review that's responsive to the urgent public health needs created by the pandemic, while adhering to our rigorous standards for safety and effectiveness."

Vaccine availability for the youngest children has had several snags.

"In December, we were expecting good results from Pfizer," says Fatima Khan, the other co-founder of Protect Their Future, based in the San Francisco Bay Area. She and her husband have a 6-year-old son who received the vaccine, and a daughter, 4, who isn't yet eligible.

By late January, White House Chief Medical Adviser Anthony Fauci, MD, said he hoped the vaccine for children under age 5 would be given the FDA green light within a month. Then the FDA delayed the decision. It asked for data on three doses before deciding.

Parents will have questions when the vaccines become available.

"Parents have heard that hospitalizations are going down," Schaffner says. "Let's assume that continues for a while. And although illness occurs, it's … mild illness. I think the question they will ask is: 'Does my child really need this?'"

He believes doctors should be talking to parents about not only the risk of acute illness and the need to avoid hospitalization, but also the risk of long COVID, among other concerns.

While children with health conditions are known to be at higher risk of infection, “anywhere from a third to half of children who are hospitalized [with COVID] are children who are otherwise healthy," he said. And there's no way to predict which children will fare worse.

Families with children younger than 6 say they're trying to be patient while awaiting vaccine access.

"I am disappointed that it's taking this long, but I'd much rather make sure we go through the proper checks and processes," says Ryan Gramacy, 39, a San Leandro, CA, attorney.

He and his wife have two sons, ages 4 years and 18 months. They've continued to take precautions to keep the boys safe, even as others without young children have begun to travel and to have fewer restrictions on masking and gatherings.

"I think it has given us a little bit of stress," Gramacy says, but "I wouldn't call it a hardship."

Still, it has altered their routines. "We're hesitant to visit family across the country," and their annual Christmas trip to Scotland, where his wife is from, has been put on hold since the pandemic started.

Gramacy keeps current on news about the pandemic.

"With all this information now about [how] even the vaccinated and boosted can get sick, we don't expect the vaccine to be the cure-all, but it's definitely going to take a weight off our shoulders,” he says.

Barring frightening revelations from the FDA, “we intend to get our kids vaccinated as soon as it's approved and deemed safe."

That same urgency is needed in authorizing the vaccine for young children as with the adult vaccines, Khan says.

"The data show that COVID hurts children. And we know the vaccines are safe,” she says. We’re not "pushing for mandates. We just want options.” 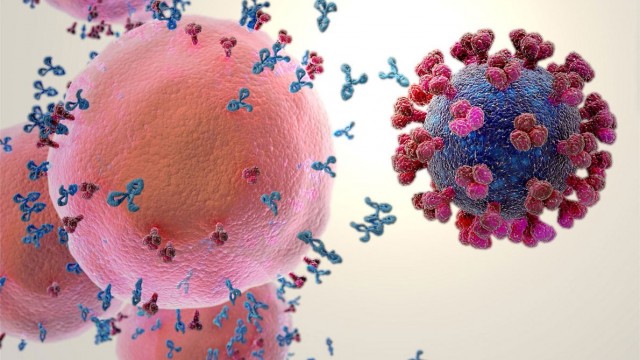 President Joe Biden on Wednesday unveiled a federal website that promises “one-stop shopping” for free masks and COVID-19 tests, vaccines, and treatments. The website, covid.gov, also includes a list of pharmacies that will be part of the...
General Health 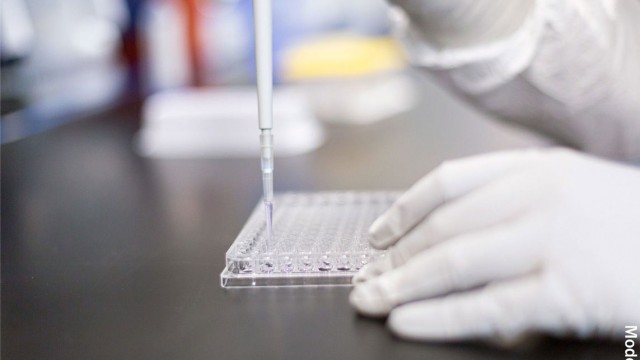 Moderna CMO on Kid Vaccines, Boosters, and the Next COVID Wave

Newly released data on how well the Moderna COVID-19 vaccine works in children 6 months to 6 years old brings good news, even if efficacy against infection came in below 45%, the chief medical officer of Moderna said in an exclusive interview with Medscape/WebMD. "As...
Follow Us
Popular Posts
Advertisement